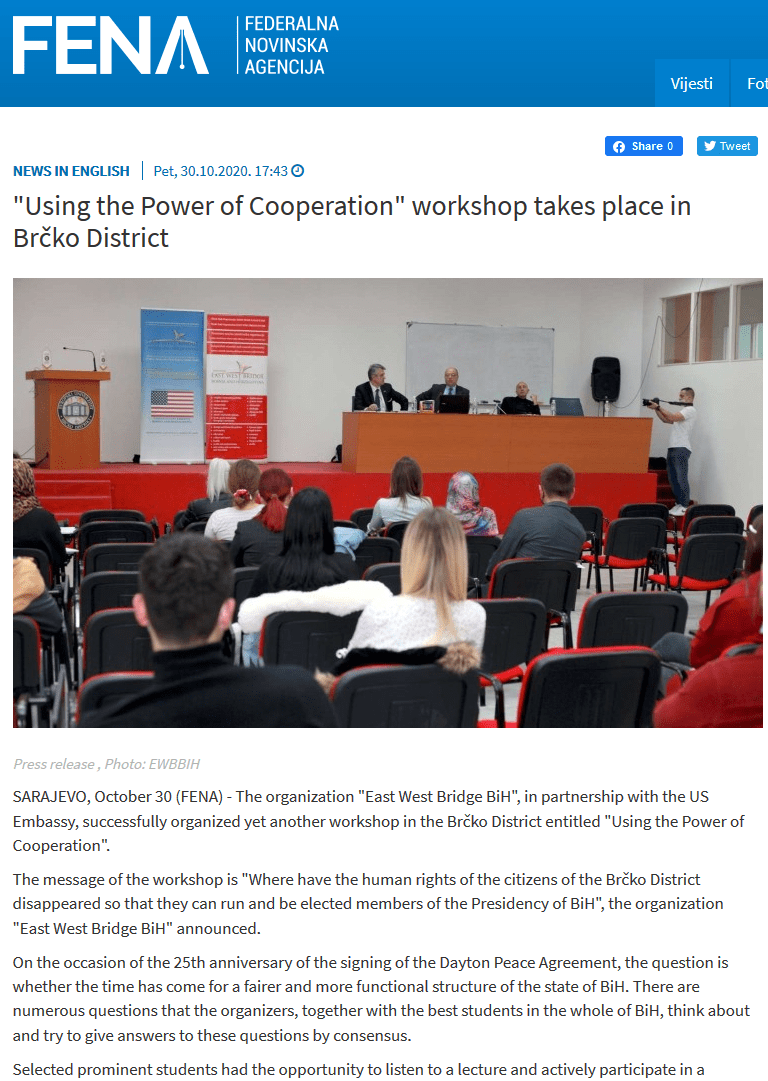 SARAJEVO, October 30 (FENA) – The organization “East West Bridge BiH”, in partnership with the US Embassy, ​​successfully organized yet another workshop in the Brčko District entitled “Using the Power of Cooperation”.

The message of the workshop is “Where have the human rights of the citizens of the Brčko District disappeared so that they can run and be elected members of the Presidency of BiH”, the organization “East West Bridge BiH” announced.

On the occasion of the 25th anniversary of the signing of the Dayton Peace Agreement, the question is whether the time has come for a fairer and more functional structure of the state of BiH. There are numerous questions that the organizers, together with the best students in the whole of BiH, think about and try to give answers to these questions by consensus.

Selected prominent students had the opportunity to listen to a lecture and actively participate in a workshop on negotiation and compromise, led and lectured by experts in diplomacy, negotiation, and peacebuilding, with reference to the 25th anniversary of the signing of the Dayton Peace Agreement.

The workshops were successfully held at universities in Bijeljina, Sarajevo, Banja Luka, and Brčko District. The next two-day workshop will be held in Jajce from November 20 to 22.