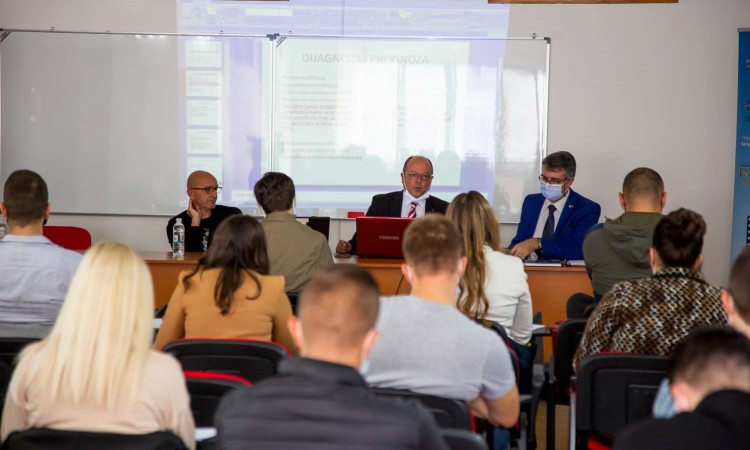 TUZLA, November 5 (FENA) – “Using the Power of Cooperation” was the title of the workshop organized by “East West Bridge BiH”, in partnership with the US Embassy in BiH at the European University “Kallos” in Tuzla.

Students from the University of Tuzla had the opportunity to attend a lecture and actively participate in a workshop on negotiation and compromise, led by experts in diplomacy, negotiation and peacebuilding, with reference to the 25th anniversary of the Dayton Peace Agreement.

The messages were sent out from the workshop that young people are not to blame for the war that took place in the Balkans in the 1990s, that Dayton PA brought peace to the region, but it is not the ambience they would like to live in the future.

“The citizens of Tuzla, and especially the young people, are a good example of unity, but radical changes are needed in BiH! Our society needs a restart of awareness, including the upgrade of the Dayton Agreement,” said the young people from the workshop.

The workshops were successfully held at the universities in Bijeljina, Sarajevo, Banja Luka, Brčko District, Tuzla, and will be held in Mostar on November 12, at the Faculty of Humanities of the “Džemal Bijedić” University, announced the organization “East West Bridge BiH”.

Common visions in the form of roadmaps towards better solutions will be incorporated into the Declaration on the Future of Bosnia and Herzegovina, which they will seek to reach by consensus.